In Germany, Bosch is currently testing a totally renewable Diesel fuel, called C.A.R.E. Diesel. It is a completely renewable fuel mainly made of by-products and waste materials, recycled cooking oils and grease. It contains no conventional diesel or fossil fuel. It is manufactured by Neste, a Finnish oil company whose main business is the production of biofuels, and is distributed in Germany by Neste partner company Toolfuel.

At a time when car manufacturers are looking at electric cars as a future means of transport for everyone, Bosch in Germany is working hard to try to keep the world of diesel-powered cars alive: the company’s CEO, Volkmar Denner and the members of the Board of Directors have been driving renewable diesel-fueled (specifically C.A.R.E. Diesel-powered) cars for some months now. Bosch believes that synthetic and renewable fuels must be taken into account in the regulations relating to CO2 emissions from cars and trucks and is working intensively to optimize internal combustion engines, believing that Diesel propulsion systems contribute to reducing CO2 emissions on road traffic. The reduction of CO2 emissions is even greater if the vehicles are powered by renewable paraffinic fuels such as C.A.R.E. Diesel, which helps protect the environment and conserve resources.

The Volkswagen Group is thinking about the ecological future of the planet and for this reason, while continuing its studies on electric cars, it has developed increasingly cleaner diesel engines. In this perspective of an increasingly sustainable mobility there is also a new fuel type. The German car manufacturer has been testing a new generation fuel at its internal service station in Wolfsburg since January 2018. This innovative fuel, called R33 Blue Diesel, saves at least 20% of CO2 compared to conventional diesel thanks to the use of biofuels. Oils used for cooking fried foods play an important role in the production of raw materials for biofuels, since the fats that are used for cooking purposes should normally be disposed of. Instead, modern processes make it possible to use this waste in a smart way: the grease is filtered, cleaned and processed in a mixture of paraffin or biodiesel, which is then added to the traditional diesel fuel.R33 Blue Diesel, for example, is made up to 33% with a bio component coming exclusively from waste materials. This reduces CO2 emissions compared to conventional diesel at least 20%. Furthermore, the fuel can be used by Diesel engines without the need for conversion, as it fully complies with diesel standards. Following the success of the test phase, the R33 Blue Diesel is now permanently used at Volkswagen’s filling stations in Wolfsburg. Another test station was also launched at the Volkswagen plant in Salzgitte.

Therefore, both Bosch and the German vehicle manufacturers are investing resources in the search for “clean” fuels. The road has just begun and it must be emphasized that biofuels have not yet been included in the German law for the prevention of air pollution and these modern fuels are currently NOT available at regular service stations anywhere, not even in Germany. However, Bosch has been encouraging the market to use renewable and synthetic fuels for some years now. In fact, at the filling stations of the Bosch offices in Feuerbach, Schwieberdingen and Hildesheim in Germany, R33 Blue Diesel fuel, approved by Shell, is available for shared and trial company vehicles. This fuel is made of up to 33% renewable materials. The impact of carbon on the 1,000+ Bosch vehicles that regularly refuel at these three stations can therefore be reduced by as much as 20% in the well-to-wheel cycle. The well – to – wheel index, otherwise known as WTW, makes it possible to compare fuels for energy analysis and can be used for environmental analysis. The main goal of this index is to compare different propulsive technologies and fuels. The comparison takes place by relating the effectiveness of the means of transport, the performance of the technology that makes it possible to obtain the fuel and the energy carrier used both to transport it and to store it.

Bosch aims at making synthetic and renewable fuels available for company cars and internal delivery vehicles at all filling stations in Germany. The good news is that “progress has been made”, says the German company. Indeed, in Germany, the CO2 emissions of newly registered vehicles have fallen by a quarter since 2007. The bad news is, says Bosch, that “the level of CO2 emissions produced by traffic on European roads is on the rise again. One of the reasons for this is the decrease in the number of newly registered Diesel vehicles, which offer a great advantage over gasoline in terms of CO2 emissions. Compared to the petrol version, the carbon impact of the same Diesel model is on average 15% lower “. “We need Diesel and other solutions such as synthetic and renewable fuels to further reduce greenhouse gases emissions,” said Denner. If most European cars widely used renewable and synthetic fuels, they would produce up to 2.8 giga tons of CO2 less by 2050, without including the advantages of electrification in this equation. This is three times as much of carbon dioxide emitted by Germany in 2016.

Bosch has been studying renewable and synthetic fuels for some time now. Fuel delivery components in diesel engines, such as the injection pump and nozzles have been rigorously tested and vehicle manufacturers are free to approve them for use with renewable and synthetic fuels. Bosch faces the new technology of propulsion systems with an open approach. The company is projected towards a virtually zero emission driving vision. Bosch’s effort is to further improve the internal combustion engine.

After years of research and development, Bosch presented a new diesel technology in April 2018. It is able to reduce the NOx emissions of diesel vehicles well below the limit of 120 mg / km set by law, which will come into force in 2020, in all traffic conditions. These results were achieved in the test vehicles with important engine modifications and emission settings. The vehicles have also been equipped with state-of-the-art technology and components, which have only recently entered the market. A combination of advanced fuel injection technology, a newly developed air management system and smart temperature management made this reduction possible. Bosch customers can now tap into this system know-how to develop future lines of mass-produced vehicles.

The C.A.R.E. it is a paraffinic fuel and, as such, has a slightly lower density and a higher flammability than conventional Diesel fuel. For this reason, a draft of additional legislation was implemented, known as the EN15490, for paraffinic diesel fuels. Manufacturers must specifically approve vehicles for fuels with the properties defined in the EN15940 rule. This is a particularly important aspect. In fact, the compatibility of the components, the possible increases in peak pressure during combustion and other factors have to be examined.

At present Diesel C.A.R.E and R33 Blue Diesel are not available in sufficient quantities to supply large-scale service stations in Europe. In addition, most EU countries have national laws governing the fuel sold at public service stations. These countries, including Germany, have not yet adopted EN15940 law. A decision as to whether or not to introduce the EN15940 standard into the German law on the prevention of air pollution has not yet been taken. As regards the cost per liter, it is too soon to be able to make a precise estimate. What we know for sure is that the end user will get a slightly higher cost than conventional Diesel fuel.

With cautious optimism we feel safe to conclude that for the much demonized Diesel fuel the word “END” has yet to come. The research conducted by Bosch and German car makers on non-fossil fuels, together with the constant improvements to the injection system have given more than reassuring results in the field of CO2 emission reduction. The procedure for the approval of the laws on the prevention of air pollution is open. We will follow the developments carefully. Talk to you all again in one year’s time and we will see what progress will be made! 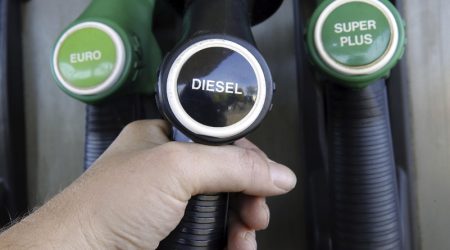 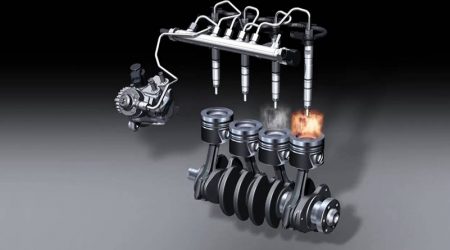